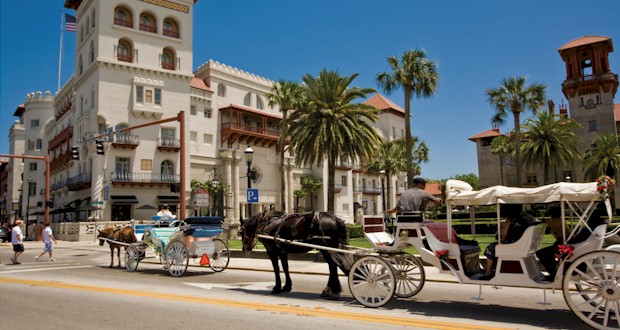 It’s all about history in quaint St. Augustine, tucked alongside the Intracoastal Waterway in Northeast Florida. Rare is a visitor, who after walking its brick-laid streets, climbing the Castillo de San Marcos fortress and taking a horse-drawn carriage ride along the Matanzas Bay, doesn’t fall in love with the city’s romantic charm. Travel back in time and learn about Florida’s tug of war with the Spanish, British and Americans as you visit well-preserved homes dating back to the 1700s. Then head to another part of the city where visionary Henry Flagler built extravagant hotels that put the state’s tourism industry in motion and beautiful churches that captured the architecture of the turn of the 19th century.

Why Take a Tour:

For first-time visitors the best way to see the Old City is by hopping aboard the Old Town Trolley. Ride the orange-and-green streetcars all day, hopping on and off at the sights you want to explore. Drivers entertain with stories about the historic buildings, museums and attractions at the 22 stops. Top of the list are the Castillo de San Marcos, where when climbing the coquina fort you’ll encounter re-enactors in period clothing telling stories of life as a colonist; and the Colonial Quarter on the pedestrian-only, main drag St. George Street, where a blacksmith fires up metal to make horseshoes and a tour of a soldier’s home reveals the simplicity of 18th-century life. From the Flagler era, the trolley stops at Flagler Memorial Presbyterian Church. One of the city’s most prominent buildings, the blue-cast, poured-concrete structure boasts domes and Byzantine detailing fashioned after St. Mark’s Basilica in Venice, Italy. It serves as the resting place for Flagler and his family members. Plan at least an hour at Flagler College, the former Ponce de Leon Hotel built for Flagler’s wealthy Northern guests during the Gilded Age. Students do a fantastic job of leading tours and telling the intriguing story of Flagler’s accomplishments in Florida.

Find Southern-style dishes made with local ingredients from Northeast Florida farmers and ranchers at The Floridian restaurant. Start with the cornmeal-dusted fried green tomatoes, followed by a plate of local shrimp and grits paired with a Duke’s Cold Nose Brown Ale from Jacksonville’s Bold City Brewery. Enjoy your meal at an outdoor table on the front porch. For a sweet snack head to Claude’s Chocolates for ganache-filled bonbons—infused with champagne, cognac or Jack Daniel’s whiskey—and take home a can of French chocolatier Claude Franques’ spicy cocoa mix, spiked with ancho and chipotle chili powders.

St. Augustine has a selection of bed-and-breakfasts that are among the prettiest in the country. At the Bayfront Westcott House, the inn’s front lawn and Victorian-style balcony are comfy perches for viewing sunrises, sailboats on the Intracoastal and the St. Augustine Lighthouse in the distance. Book Catherine’s Room and sink into a cushy antique bed, then wake up to homemade French toast served on the inn’s patio
. 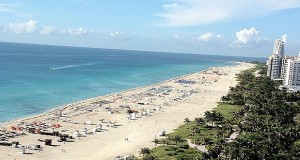 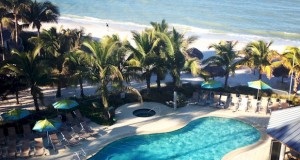 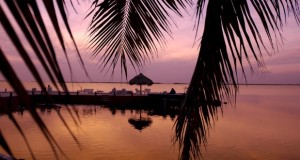 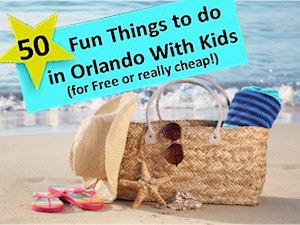 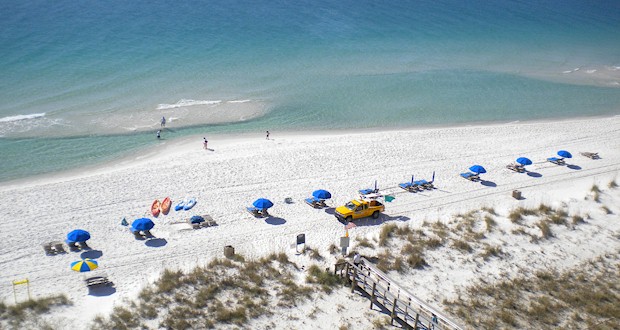 Planning a day at the beach? Find out which one is right for you. 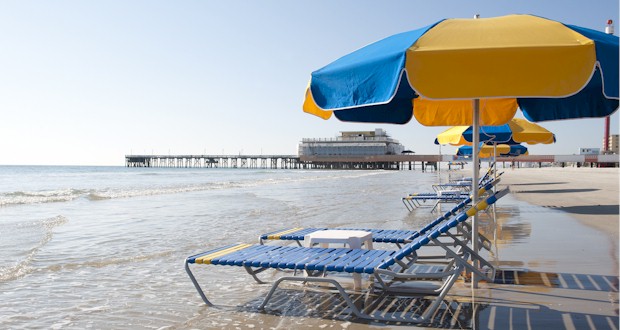